Since its launch in 2003, tens of thousands of adventurers have embarked upon the Golden Quest Discovery Trail, making it one of Australia’s most popular self-drive trails.

With so much to do and to explore, we asked some of our golden questers about the highlights and tips for fellow travellers. Jo and Paul cox share their memories and tips for the trail.

What is your favourite memory of the trail?

Apart from the whole trail being an amazing adventure. There are a couple of bits that stand out

First one being Kookynie. We camped at Niagara Dam, which was beautiful. We went to the Tavern at Kookynie. Willy the horse was such a character. He clearly didn’t want to let us in the pub. He was so funny.

Stood right in front of the door. We eventually passed. What a quirky place that is. We had a couple of drinks and had a chat with the locals. Definitely worth a visit. In fact all the taverns you pass whether they are ruins or empty buildings now, back in the day would have been such grand places.

Our other place of interest was Gwalia. I could have spent all day there looking around the museum, looking down into the mine and the Goldrush Town.  It was amazing. Defo has to be on the list to do

How long did it take you to complete the trail?

Our trip took us 4 nights. I think you can do it in 3, but there is so much to stop and see, why rush it.

What tips would you give other travellers?

Download the app. This was one of the best apps I have used. Everything was spot on. Gives you all the directions and points of interest. Make sure you listen to the audio stories. We would listen to them at night in camp.

Gives you an insight as to what it was like in the “Rush Days’ the characters and the vast distances they travelled.

Don’t rush the trip. So much to see and do along the way. We hadn’t even heard of some of the places we went to. It was great to be on the unsealed roads for a lot of the trail. The roads we highly maintained

Speak to the locals, there are some amazing stories to be told!

Great fun and look forward to do it again 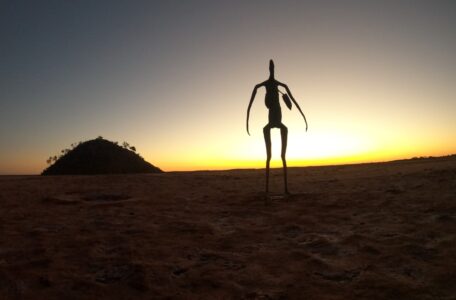 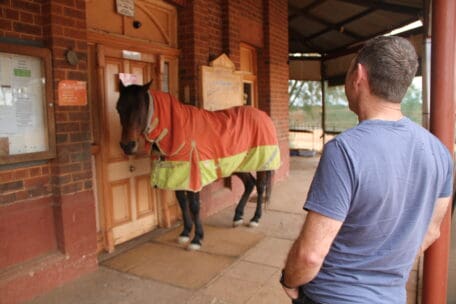 Willie the horse at Kookynie. Image: Jo and Paul Cox 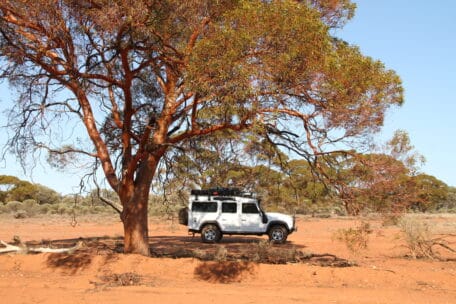 Taking shade under the Gimlet. Image: Jo and Paul Cox 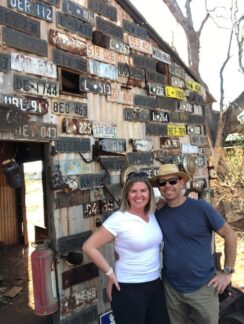 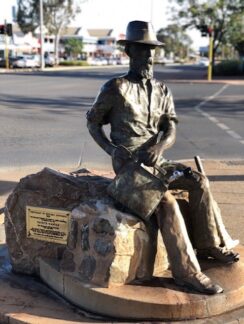