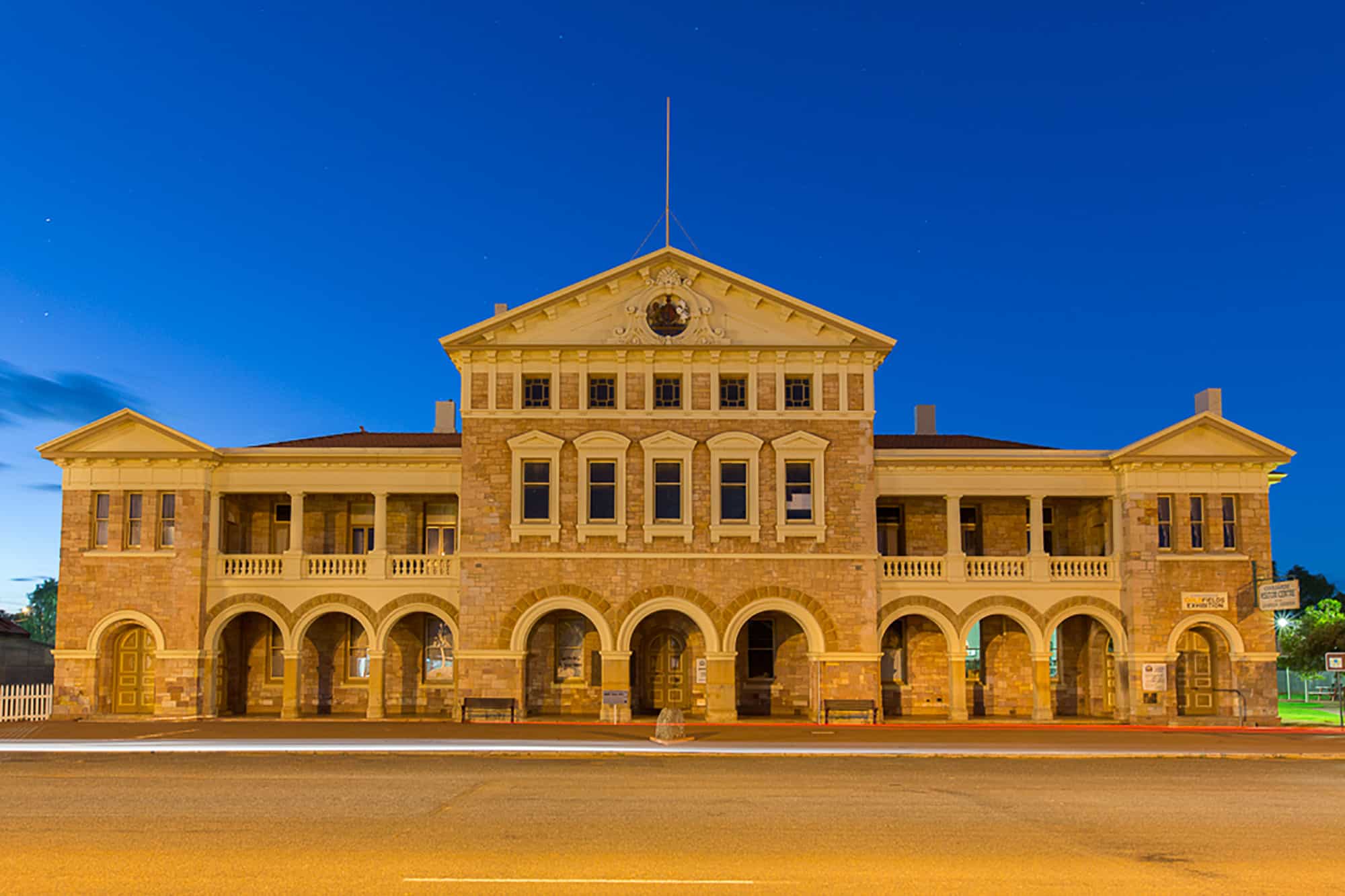 Coolgardie, “the mother of the Western Australian Goldfields”, was once the talk of the world and the destination of thousands of fortune-seekers.

Such was its fame that, just four years after the rich alluvial discoveries by Bayley and Ford in 1892, a stage play, ‘The Duchess of Coolgardie’, was produced in London’s West End at the Drury Lane Theatre. It was a long-running hit, paralleling the frenzy for West Australian gold stocks on London’s Royal Exchange.

In 1899, Coolgardie hosted its own ‘Great Exhibition’ – The Western Australian International Mining and Industrial Exhibition – that required the construction of a massive exhibition building. While it attracted 61,000 visitors, with a banner confidently strung across Bayley Street proclaiming ‘Advance Coolgardie’, this would mark the decline of Coolgardie as the unofficial capital of the Eastern Goldfields, eclipsed by the twin towns of Kalgoorlie and Boulder and the fabulously rich ‘Golden Mile’. But Coolgardie would forever be the ‘Old Camp’, much loved by those who knew it in its spectacular heyday.

Today, Coolgardie offers visitors some very special insights into the life and times of the early goldfields and its pioneers. And its hinterland provides many natural attractions that represent the environment into which the thousands of 1890s gold-seekers first ventured. 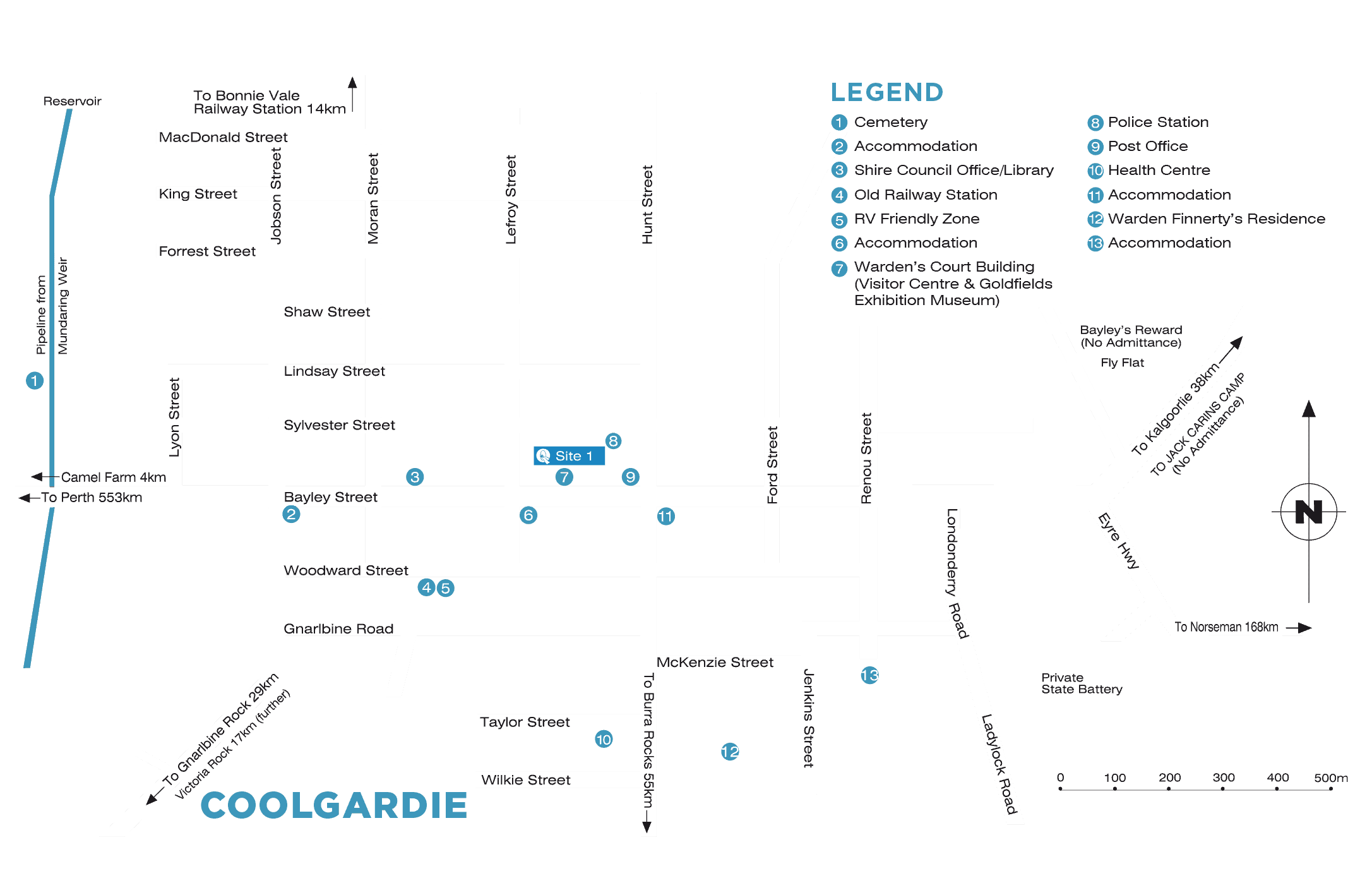