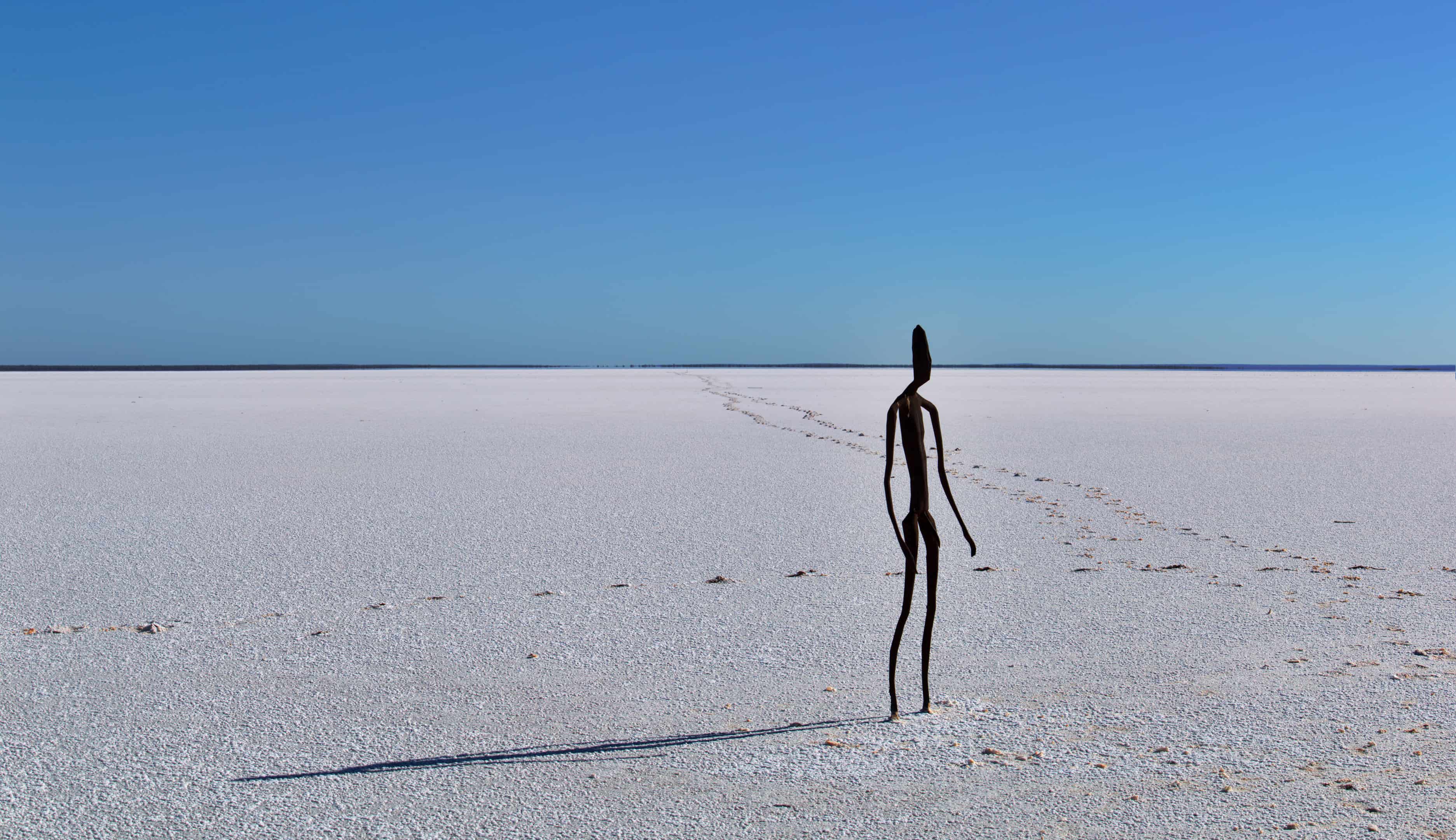 Menzies was a once a bustling goldmining centre, named in honour of a Baltimore-born American adventurer, Leslie Robert Menzie.

In 1894, Menzie made a rich discovery that was to become the bountiful Lady Shenton mine, named in honour of the wife of Sir George Shenton, a powerful Perth merchant and politician, on whose behalf Menzie and his mate John McDonald were prospecting.

Today, Menzies has renewed fame as the gateway to the internationally-acclaimed Sir Antony Gormley ‘Inside Australia’ sculptures on Lake Ballard.

But the Shire of Menzies has two other much-loved attractions: Niagara Dam and Kookynie’s Grand Hotel.

In Menzies itself there is a walk trail with interpretive signage and installations celebrating the history and stories of those who have lived in Menzies since 1894. The most famous surviving building is the Menzies Town Hall with its much talked about clock.

1 / 7
prev next
The site of the famous “Inside Australia” exhibit was commissioned in 2003 as part of the Festival of Perth. Sir Antony Gormley chose the salt lake setting 50km’s west of Menzies to place 51 metal sculptures of men, woman and children from the nearby town and referred to them as “insiders”.
Chimney still standing from historic hotel ruins, Menzies
Steel cut out image of local mining warden, William Owen
Steel cut out on main street, Menzies
Niagara Dam
This historically built structure houses an oasis in the wilderness and has provided a picnic, swimming and camping spot for visitors and locals alike. The dam took its name from the nearby town of Niagara, which was booming at the time of the dam’s construction.
Snake Hill, Lake Ballard, Menzies
Kookynie is known as ‘The Living Ghost Town’ where the stories of what was once a thriving town are displayed through a number of interpretive panels. The Grand Hotel located within the ghost town is a welcome stop for a refreshing drink or overnight stay for travellers to the area. 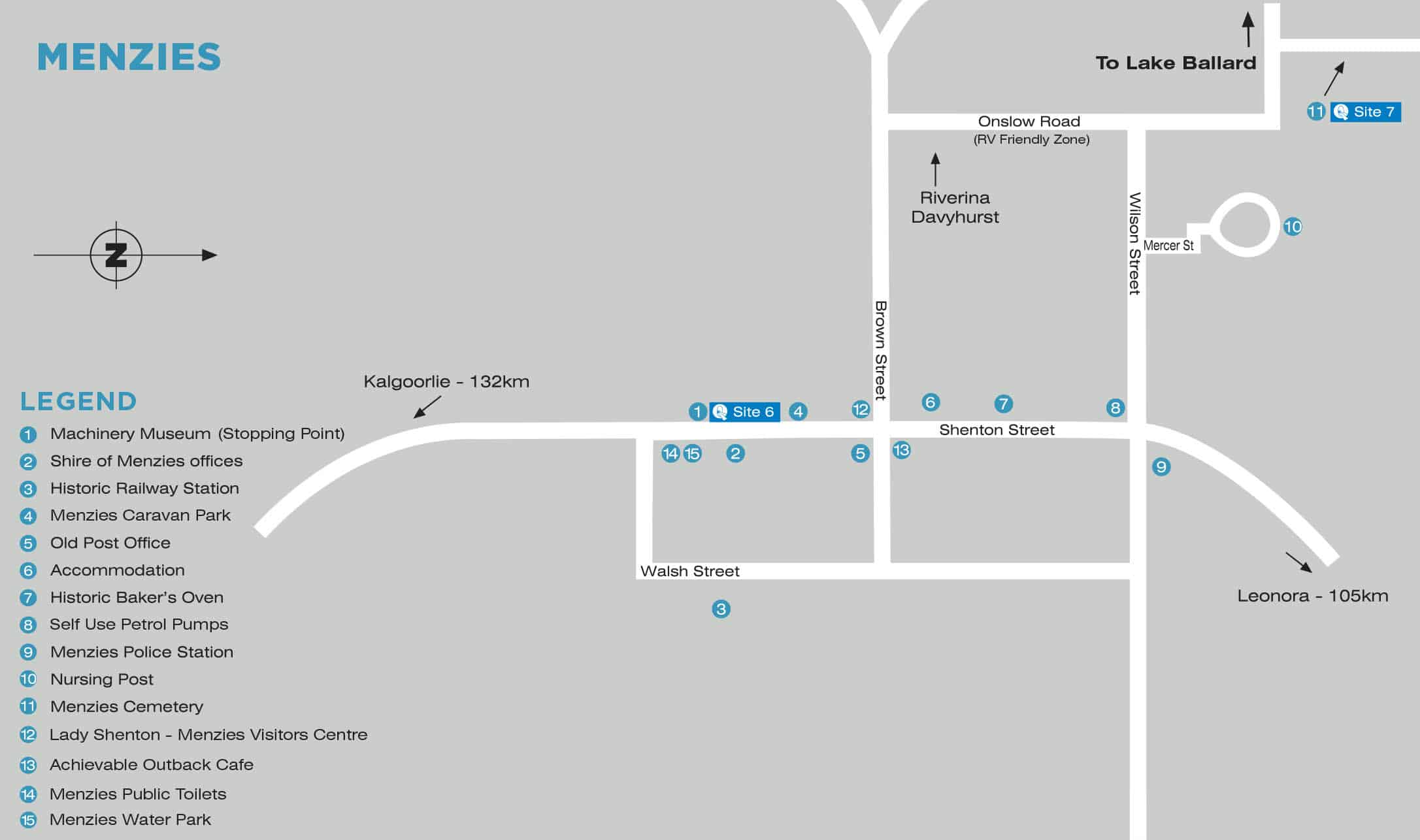