The biggest day of celebration in the history of Menzies took place on 22 March 1898. A crowd of some 3,000 people had gathered for the official opening of the Kalgoorlie-Menzies railway. Two trains steamed into town within an hour of each other. The first was packed with visitors from Perth and other goldfields towns while the second brought Governor Sir Gerald Smith, Premier Sir John Forrest and most of his ministers, including Harry Gregory and Sir George Shenton.
Flags and rainbow bunting festooned the new station complex, with the official train powering through a ceremonial ribbon that had been stretched across the track. 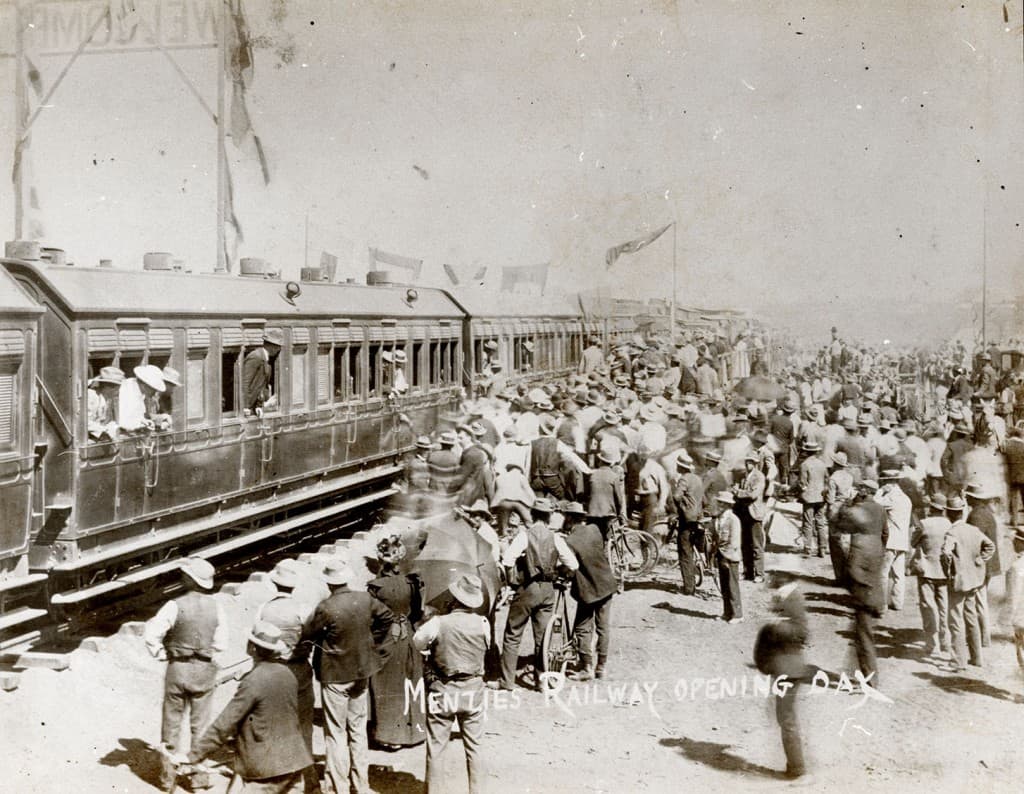