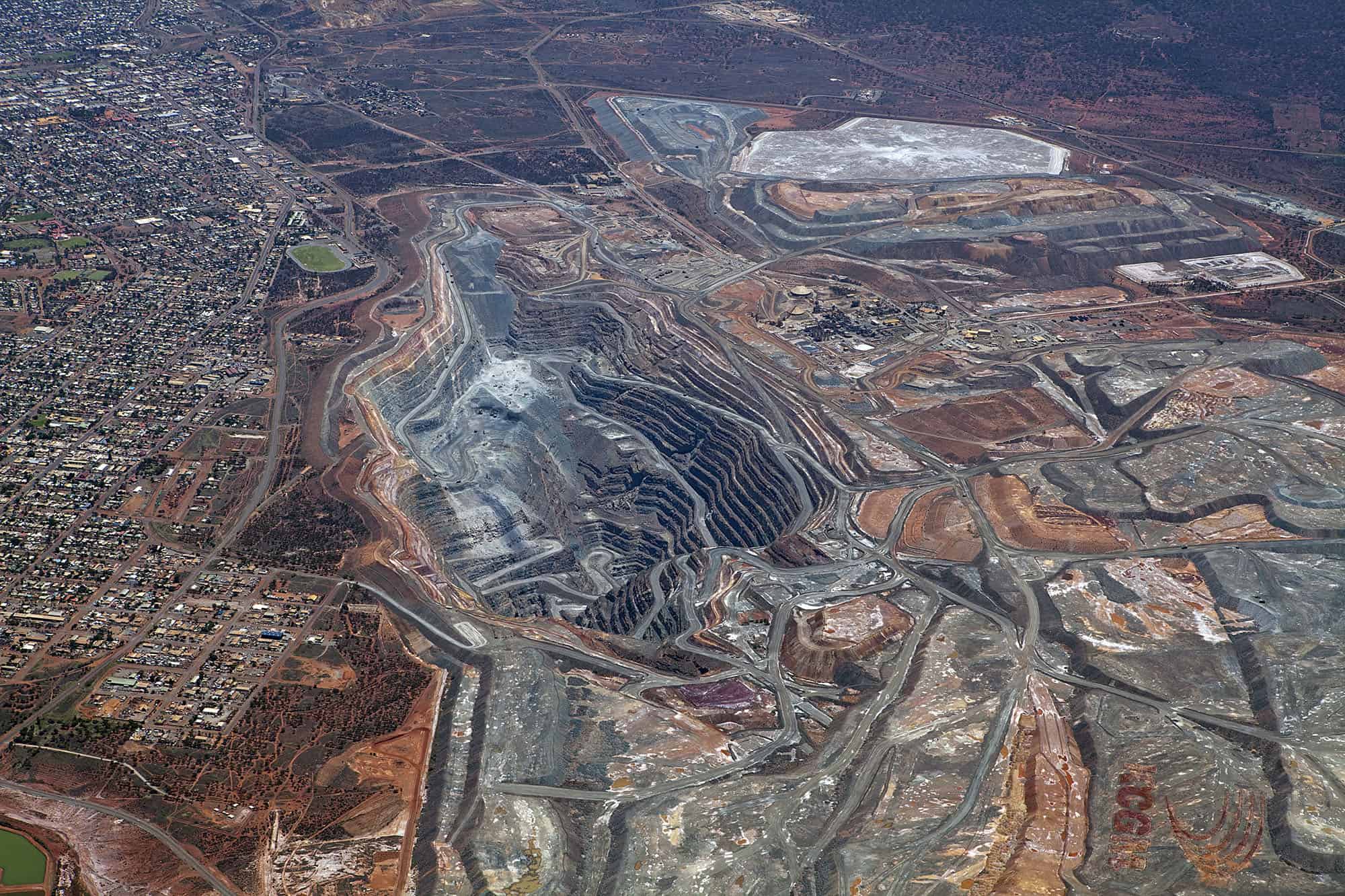 KALGOORLIE-BOULDER IS AUSTRALIA’S LARGEST OUTBACK CITY, AND ONE OF THE MOST FAMOUS GOLDMINING CENTRES ON THE PLANET. ITS HISTORY IS INTIMATELY LINKED WITH THE FORTUNES OF WESTERN AUSTRALIA AND, INDEED, OF AUSTRALIA AS A NATION.

In 1893, when Paddy Hannan and his mates happened upon alluvial gold near Mt Charlotte, no one could have predicted that, just a decade later, the twin boom towns of Kalgoorlie and Boulder would be home to the fabled ‘Golden Mile’, reputedly the richest square mile on earth and one of the greatest concentrations of underground mines ever established.

On the surface, the Golden Mile of old was a photographer’s paradise (all towering smoke stacks, ever-expanding tailings dumps, and state-of-the-art processing plants) as captured by the great photographer J.J. Dwyer. But below ground, it was an even more amazing labyrinth of shafts, tunnels and stopes. To sustain the mines, thousands of workers were required, along with vast quantities of timber for the lining of the underground workings, as well as to power the steam turbines that provided the electricity. This necessitated a secondary industry that involved a light rail network, known as the ‘woodlines’, by which timber cutters in the hinterland transported freshly cut wood to the mines.

The historic Loopline railway was once the most important urban transport for Kalgoorlie and Boulder, as this was once the busiest Station in WA! Come along for a ride on the Loopline Tram.
Dig into the past and explore the heritage and history of the Eastern Goldfields, discover the largest display of the State’s collection of gold bars and nuggets. While visiting the Museum enjoy fantastic panoramic views
of Kalgoorlie from the Headframe.
Over 3km’s long and 1.5km’s wide the KCGM Super Pit is one of the world’s largest open pit gold mines and Kalgoorlie-Boulders biggest tourist attraction. Visit the lookout for the spectacular view and check with the Super Pit shop for the daily blasting times.
Historic Burt street
Architecturally significant buildings from Federation to Art Deco, suffered damage with an earthquake in 2010. Today restoration is underway with the Town Hall and other buildings to preserve and highlight this historically significant main street of Boulder.
Climb into a 793C haul truck, stand in the bucket of a 994 Loader, take a self-guided walking tour of the site, listen to Paddy Hannan tell his tale of discovery and pan for gold at the Hannans North Tourist Mine.

For gold entrepreneurs and speculators, this was heaven on earth. But it came at great financial risk – fortunes won were just as readily lost. The euphoria of the gold boom years meant that the remarkable twin towns of Kalgoorlie and Boulder were not only established, but they expanded at a rate hardly imaginable today. However, with the advent of the ‘Great War’ in 1914, the boom times came to a grinding halt. Mining didn’t cease, but the optimism disappeared, along with a great many of the mine workers, and the global thirst for gold.

It wasn’t until the Great Depression (1929-33) that gold returned to being a globally sought-after commodity, and Kalgoorlie and Boulder boomed once more, with the Golden Mile again a hive of activity and Western Australia’s gold providing one of the few bright spots on Australia’s balance sheet.

During and after World War Two, the Golden Mile returned to ‘struggle street’ but it survived. By the 1980s, the underground mines that were still operating were no longer considered financially viable. An audacious scheme was hatched by Alan Bond to amalgamate all of the surviving mining leases into a single entity and to undertake open pit mining. While Bond himself didn’t achieve this goal, others did, and today Kalgoorlie-Boulder is home to the massive Super Pit one of the world’s largest open pit gold mines. 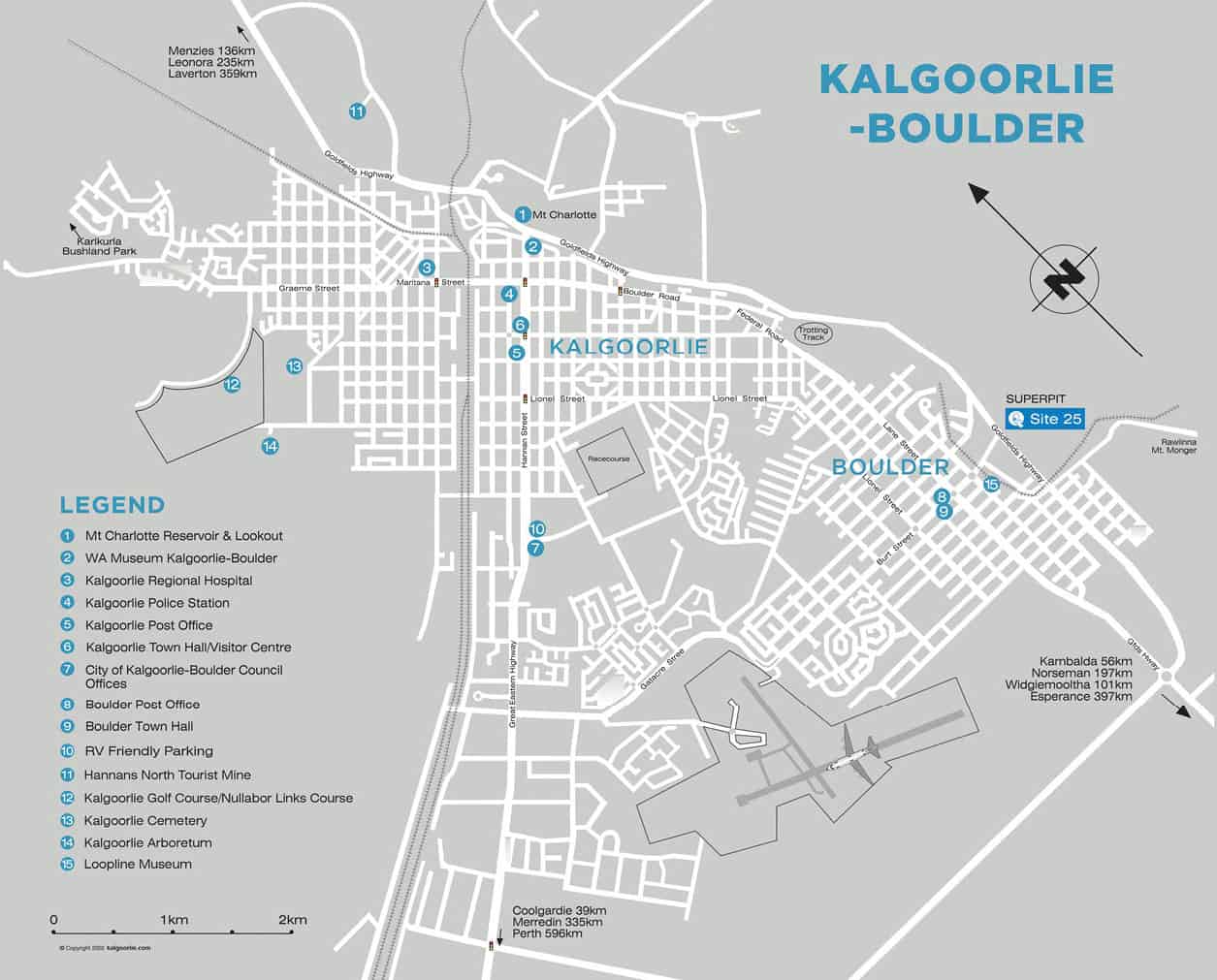