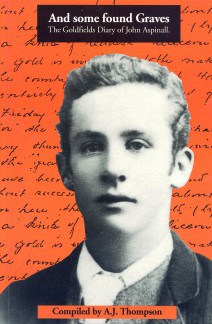 In February 1895, at the age of 21, John Aspinall set off from his home at Skippers Point on New Zealand’s South island, bound for far-distant Coolgardie. Before he boarded ship at Dunedin, he was warned ‘not to go on any account’. One old man ‘who had just come from over there’ advised him to ‘tell as many lies as possible and trust no one’, advice that the young adventurer considered ‘not the kind of thing that has been instilled in me’. Aspinall reached Coolgardie late in March. A year later he was dead, struck by lightning near his camp at Hawks Nest, south-east of Laverton.