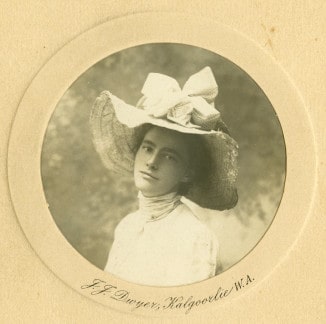 Lou Henry Hoover was the wife of Herbert Clark Hoover, the 31st president of the United States of America. There has been a great deal written about her husbands time on the Goldfields of Western Australia but very little has been told about his wifes achievements in her own right. During her time as ‘First Lady’ in the USA she was labeled ‘Dull and Inaccessible’. Nothing could be further from the truth. As a Quaker she was naturally reserved with others and could be shy.  When her personal papers were released in the 1984 she was shown to be a woman of wit, warmth who was well educated and well travelled. She was the first woman to obtain a degree in Geology in the USA at Stanford University in a field that is still male dominated today. It was during her time at Stanford that she met fellow student Herbert. Herbert Hoover was to arrive on the Goldfields of Western Australia in 1897 aged 23yrs but told everyone he was much older growing a moustache to fit the part.

After moving around in the employ of Bewick Moreing for some time he felt that he had reached the position where he could offer matrimony so he cabled Miss Lou Henry then aged 24yrs  to ask her to marry him and she accepted. She was to keep her maiden name as her middle name throughout her life. He travelled back to the USA where they were married wearing their travelling clothes in the front parlour of her parents house from where they immediately set of for China. They spent three years there before travelling to the Western Australian Goldfields in 1903.  When arriving they lived at the Managers house in 6 Elizabeth Street, Mullingar, a suburb of Kalgoorlie.  The house is still here and is appropriately called the ‘White House’ although Hoover never owned it.

On being transferred to Gwalia near Leonora as manager the ‘Sons of Gwalia’ mine the Hoovers stayed in the homes of various locals and plans were made to build a substantial home.  The home that was eventually built is now a historic guest house and is called ‘Hoovers House’ although the Hoovers’  never lived there unfortunately.

Lou was to return to England and the USA twice but little is known about her on her last two visits.  It was during her first time here that she won the approbation of many with her friendly manner and her genuine interest in how the mines worked and the welfare of the workers. She showed a keen interest in going underground to see the workings at a time when it was considered unlucky to have a woman in the mine.

She was also a keen photographer, taking and developing her own photographs and loved to drive around in their new car, a French Panhard.  Herbert was so enamoured by his ‘new toy’ he had it shipped to the Goldfields and when not using it himself he would allow his chauffeur, Brade, to enter it into races at “Perkolilli‘ (but thats for another story).

On their final return to America Lou tried to find a copy of the very first mining text book called De Re Metallica.  As she was a linguist, one of the languages she had studied was latin, so both she and Herbert set about transcribing it into english.  Herbert even went as far as carrying out the experiments in the book to see if they worked. She was to eventually receive great recognition for her part in this work and the couple was presented with the Mining & Metallurgical Society of America’s gold medal.  The book is still a valuable reference source today. The authors name , Georg Bauer whos name in latin was Georgius Agricola, was given to the residential accomodation at the School of Mines in Kalgoorlie.

On her death on the 7th January in 1944 aged 69yrs Henry stipulated that her personal papers were not to be released until 20yrs after his death. 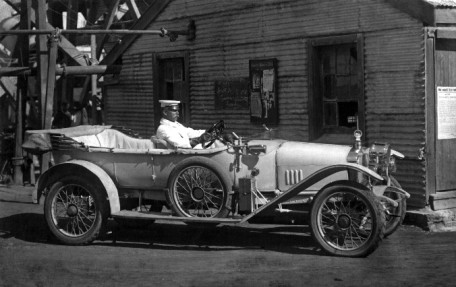 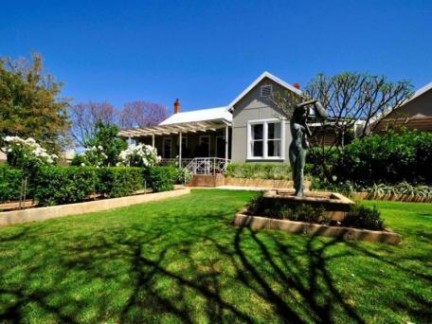